What Crab Neurobiology Tells Us: Going Beyond the Mean to the Individual 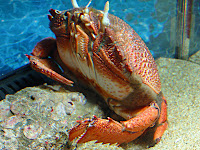 As we all learned in Kindergarten, all individuals are different. But as Eve Marder pointed out today at CNS 2012, we sometimes forget this important and simple lesson, especially when relying on only the mean to analyze data. Her work on crustaceans is revealing that big differences in individual neuronal processes can still produce similar outcomes, enabling populations to survive while maintaining diversity.

Marder, a neurobiologist, is the recipient of this year's George A. Miller Prize, which recognizes scientists in various disciplines who have “the potential to revolutionize cognitive neuroscience,” said George Mangun of the University of California, Davis, in his introduction of Marder for today's address at the annual meeting in Chicago. Marder's work on small neuronal networks in invertebrates has great significance to human brains and possibly all animal brains.

Since 1980, Marder and her research team at Brandeis University have been analyzing nervous systems from the stomachs of crustaceans. The so-called “stomatogastric” nervous system acts as a functional circuit with a well-defined output pattern. The researchers have tested how variations in the parameters of the circuit can still produce a stable set of outcomes even with environmental changes.

In one study, for example, Marder's team tested how crabs' stomatogastric nervous systems react to temperature changes. At low temperatures, they found that all networks compensated and kept a stable output. But once the crabs became stressed at high temperatures, they all crashed in different ways that varied depending on the individual neuronal circuitry. Only when they were stressed, she said, did their diversity become apparent.

Altogether, Marder said her work is demonstrating that there are multiple “good-enough solutions” to circuit performance so that populations can survive under diverse environmental conditions. It is important, she says to remember that “not every individual in a population is well-represented by the mean,” and she hopes to further explore how individual structural differences in neuronal systems affect animals' functions.

More about the George A. Miller Prize and biography of Eve Marder
Posted by Cognitive Neuroscience Society at 6:36 PM No comments:

Check some of our latest tweets that preview the meeting:


We can be trained to be compassionate which can lead to increased altruistic behavior - H. Weng, slide sess, #CNS2012. cnsmeeting.org/?page=slide_se…

Laugh Yourself to Sleep: The Role of Humor in ... Sleep’s Effects on Positive Memory - A. Chambers, poster at #CNS2012. cnsmeeting.org/?page=poster_d…

What causes people to sing with poor pitch? New research on the brain and music at #CNS2012. cnsmeeting.org/?page=symposiu…

Posted by Cognitive Neuroscience Society at 3:17 PM No comments:

Join us in Chicago to explore the nature of how we think!
The Cognitive Neuroscience Society invites members of the press to attend its annual meeting, March 31- April 3, 2012, in Chicago at the Palmer House Hotel. See the latest scientific research in perception, action, memory, language – including the connections between sleep and memory, the neurological processes that govern our eating habits, and how we interpret and understand events in our lives.
Highlights will include:
Press registration is open. Registered members of the press will have complimentary access to all scientific talks, posters, and receptions.

Posted by Cognitive Neuroscience Society at 5:21 PM No comments: