Back to Our Youth: Math-Proficient Children and Risk-Taking Adolescents 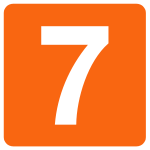 Attendees of today's slide session at CNS 2012 on thinking and decision-making had a rare treat for a scientific meeting: getting to watch a clip of Sesame Street. Elmo was singing to 7 swimming fish about, you guessed it, the number 7. It was an example of the type of educational video that introduces young children to numerical concepts – a topic being explored from the cognitive neuroscience perspective by Robert Emerson and colleagues at the University of Rochester.

Emerson described an experiment that involved looking at brain connectivity in 4- to 11-year-olds that relates to processing numbers. The children were asked to sort through faces, shapes, words, and numbers while in an fMRI scanner to help isolate the parts of the brain that respond during numerical matching: the prefrontal cortex and intraparietal sulcus (frontal and parietal regions). The children then watched a video about math, like the one of Elmo, while researchers measured the connectivity in those regions of the brain. Separately, the researchers tested the children's math IQ and general IQ.

From childhood math to risk-taking adolescents

In the same slide session, we moved from the innocence of childhood learning to the not-so-innocent world of adolescent risk-taking. As Eva Tezler of the University of California, Los Angeles, discussed, much research has documented how adolescents are more prone to morbidity and mortality than younger children due to riskier behavior, including alcohol and drug abuse, unprotected sex, risky driving, and accidents. Research in adults has documented how sleep deprivation can diminish cognitive functions, such as attention control and emotional regulation. With sleep deprivation endemic among adolescents, she and colleagues set out to see if there was a neurological relationship between inadequate sleep and risk-taking in adolescents.

The researchers had 46 adolescents aged 14 to 16 years take the Balloon Analogue Risk Task (BART) while in an fMRI scanner. In the test, subjects can inflate a balloon to larger and larger sizes for monetary compensation, but with each increase in reward comes a greater risk that the balloon will explode. If the balloon explodes before the subjects “cash out,” they do not get any money.

Tezler's team coupled the results of that test with information about the adolescents' sleep behavior from the Pittsburgh Sleep Quality Index, which measures sleep quality over the previous month. In general, adolescents with poorer sleep were more likely to inflate the balloons and explode them more on the BART test.

When taking risks to inflate the balloon, those adolescents showed decreased activation in the insula, a brain region involved in risk-taking. Those who cashed out despite poorer sleep showed increased activation in both the insula, as well as dorsolateral prefrontal cortex (DLPFC), a brain region involved in cognitive control.

The sleep-deprived adolescents also had greater self-reported risk-taking and a more positive view of risk-taking. The findings show that adolescents may need to exert more cognitive control to make the decision to stop taking risks.